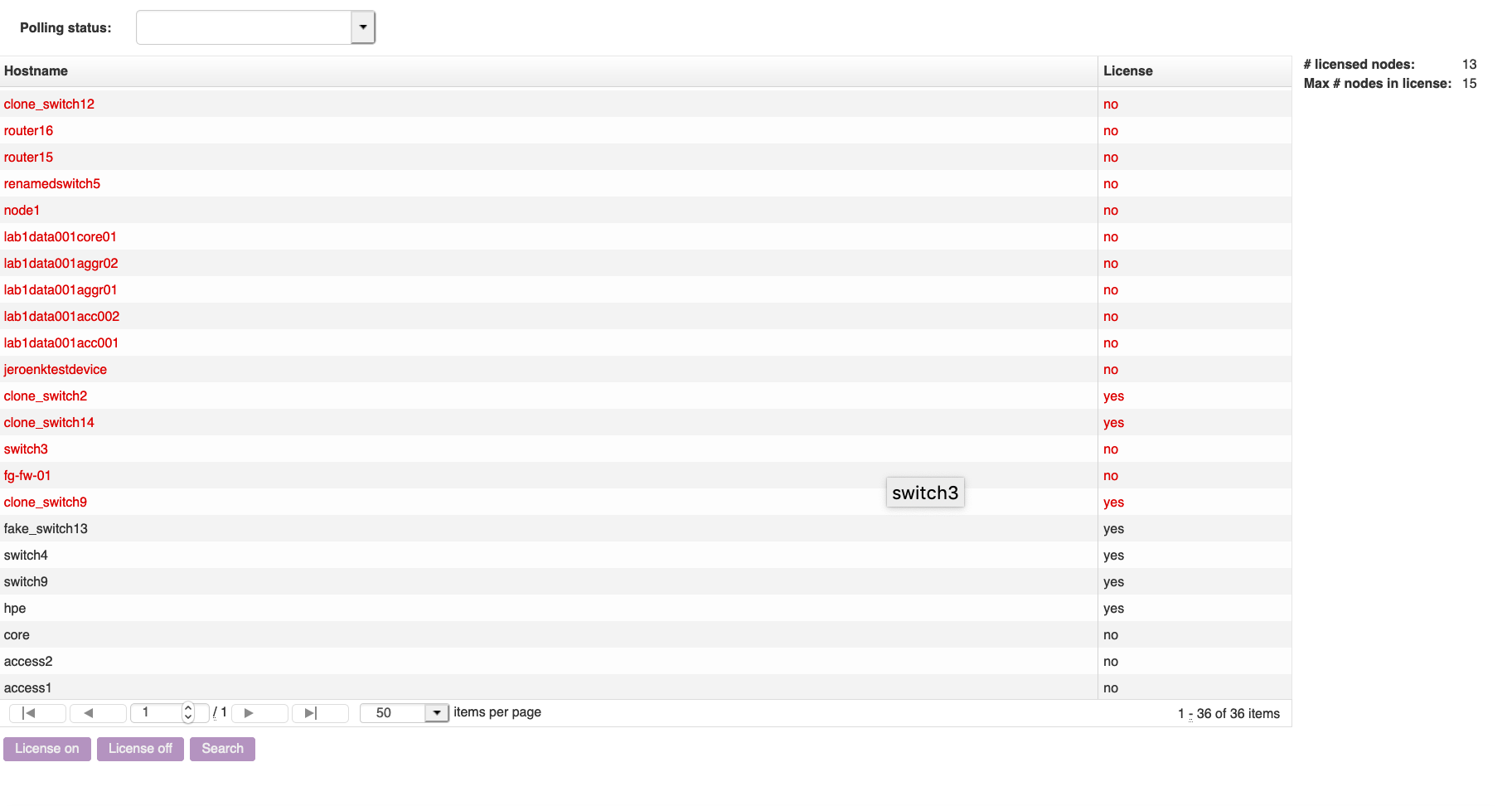 Your netyce license contains a number of nodes that you will be able to use for compliance. When your actual amount of nodes exceeds this number, this form can be used to tweak which nodes you want to have activated.

The grid here contains all nodes in the NCCM. The colors correspond to their nccm status:

The second column of the grid shows if the node is currently licensed. You can select one or more nodes, and turn their licenses on or off. Left of the grid, you can see how many licensed nodes you are, and the upper limit on the number of licensed nodes for your environment.

A few notes about licenses: